With Visual Studio 2010 (Premium/Ultimate) we are able to create several types of automated tests. Automated tests will execute a sequence of test steps and determine whether the tests pass or fail according to expected results.

I did create a simple test case with different test steps in MTLM to test some behavior on my website. 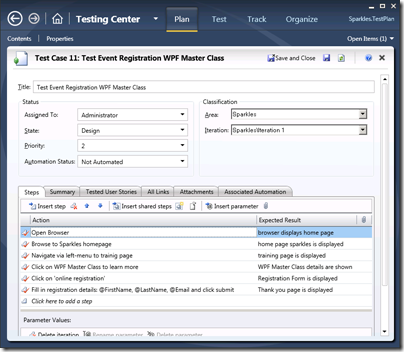 From MTLM I started a test run for this test case.

Before running the test, I do need to check the action recording to be sure to capture my actions for this test. 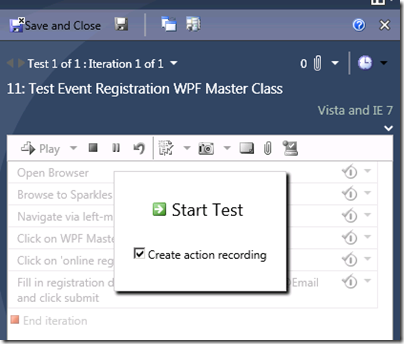 The Test Runner will give a detailed overview of the recorded actions. Afterwards you will be able to replay all these stored actions in the Test Runner. 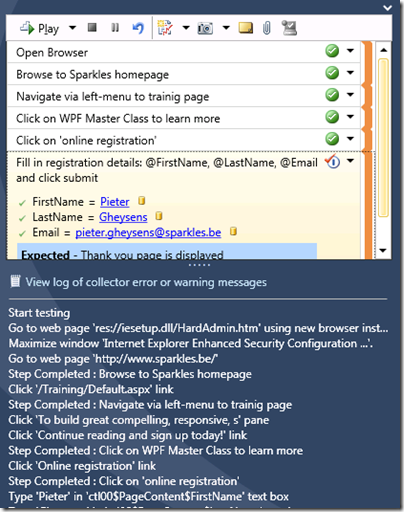 After saving the results of this test run (all data is associated to my test case) it’s time to open Visual Studio 2010 and to create a Coded UI Test. 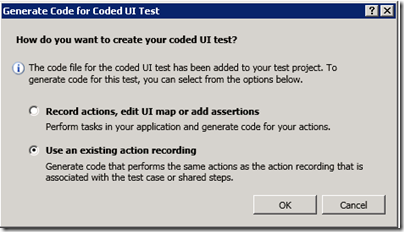 Instead of choosing the default option to record actions I did choose to use an existing action recording after which I need to retrieve the appropriate test case to link to the associated actions. 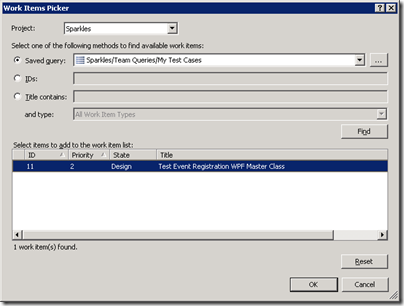 By clicking OK, Visual Studio will start generating code that will represent my actions that were recorded in Microsoft Test and Lab Manager. On top of that you are also able to add assertions on parts of the user interface in a separate Coded UI Test that you may reuse in other Coded UI Tests. 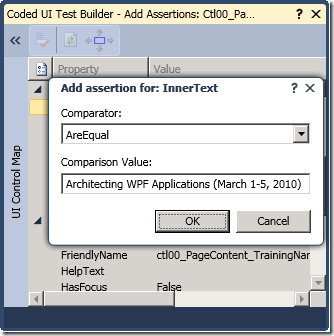 Now, let’s integrate this entire UI test (MyCodedUITest) into the automated build. I created a default new build defintion where I also enabled to run the automated tests. 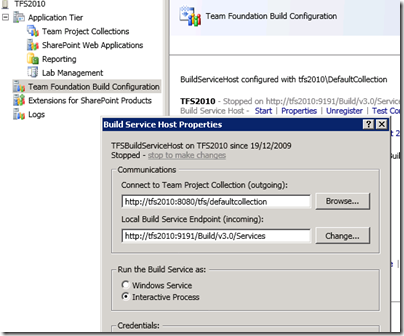 That’s about it. Make sure that the Build Service Host is running in the command line that will pop up after starting the BuildServiceHost. Queue the build and explore the results! 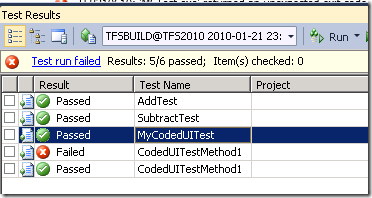 With this post I wanted to highlight the powerful integration of (automated) testing into the upcoming Visual Studio 2010 offering.

This entry was posted on Thursday, January 21st, 2010 at 11:38 pm and is filed under Team Build, Team Test. You can follow any responses to this entry through the RSS 2.0 feed. You can leave a response, or trackback from your own site.